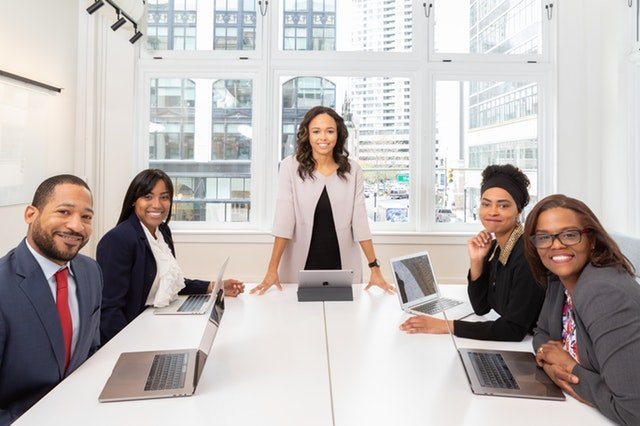 There are many people whom we come across who actually don’t want to be a leader and who don’t want to take up the responsibility and that is why they lack leadership qualities.

But that doesn’t mean you don’t need to have these skills. Top Leadership qualities that you learn will help you in various aspects of life.

It can help you to improve relationships that involve negotiation and communication and solving problems. Leadership skills may also help you to understand your leaders (who you work under) better.

You never know when you would get an opportunity to lead. To lead is not a choice, it’s a necessity, it’s an obligation. It can come to you anytime, anywhere in your life.

The one important task of all great leaders is to initiate. As Kamala Harris says that ” Great leaders don’t ask anyone, the permission to lead. They just lead”.

No leaders become a leader by appointment. They become leaders because of their initiation.

A leader isn’t just the one who just initiates plans but the one who has the ability to execute the plans. Imagine if Mahatma Gandhi had written a book on “How India can get its freedom?”

Would he still be called the father of the state?

It was his initiation that made people follow him and hence get freedom for the nation.

His determination for freedom and love for the country is what people liked about him and hence they followed him.

So the first and top leadership qualities of any leader should be to initiate what he/she really wants to change or be ready to take action.

When you’re a leader you need to understand that you work for your subordinates and it’s not the other way around.

You need to make sure that your subordinates feel safe around you and your work surroundings.

Now you would think why leaders would even do that. That’s why they’re called leaders.

You need to understand that leadership is not power. Rather  It’s a responsibility. This is something leaders strongly believe in.

It’s not about suppressing or imposing rules and restrictions on subordinates. It’s about taking everyone along with you on your journey.

Make others believe in you

Be the leader you would wish to work with. This is something that should always be in your mind. To put yourself in your subordinate’s shoes and think.

One of the greatest motivators Simon Sinek tells that “Great leaders give everyone something to believe in, not something to do”.

You need to initiate the plan and make them think the same way you’re thinking and take them along.

Leadership is not just about assigning tasks. It’s about making them understand their responsibility and making them realize the importance and significance of tasks.

It’s about creating the next set of leaders. Leaders don’t create workers.

They create leaders. So another top leadership quality you can learn is how well your people believe and trust you.

Leadership is all about asking the right set of questions and making them think wisely.

When they do, what they think, they would feel that they are not working for somebody but for themselves.

Success takes time. You need to be patient in what you do.

Don’t lose hope when things are not going the way you have planned.

The captain of Indian team Saurav Ganguly convinced him by saying, “I will give you three to four innings as an opener.

Even if you fail, you will still play. And even before I drop you, I will be able to again offer you an opportunity within the middle (order)”.

When Sehwag heard all this, he was able to bat without any pressure. What we saw after that was History.

Sehwag is one of the best opening batsmen India has ever had.

It’s all about trusting in your subordinate’s abilities and having patience for the results. Having patience is another top leadership qualities.

Abdul Kalam is said to be one of the greatest leaders India has ever had. But why is that so?

Abdul Kalam came from an economically weak background but went on to become the missile man of India. Two famous missiles Prithvi and Agni started with a failure.

But within days he corrected it under his leadership which the Indian Air Force uses to date.

He was a person who never took the credits for success. He only took credit for failure.

Being responsible for your mistakes or on behalf of your employees is a great option among top leadership qualities.

This is something a leader should understand that your subordinates are greater than their mistakes.

When they do something good, praise them in front of everyone but when they commit a mistake, make them realize that they’re better than their mistake.

This is one important skill when you’re a leader of any group or organization. Communication involves more listening and less speaking.

When you give others more time to speak, he/she would feel that they are contributing members.

Whenever there’s a meeting, be the last person to speak, listen to everyone’s so that everyone feels that they are a contributing member for the group/organization.

You may have all the plans or goals you wish to achieve. What other people see is not what you think but how well you put them in words and convey them the importance of your goals.

Communication is important in all aspects of life.

Don’t waste your words, for your word has value.

Top leadership qualities will remain incomplete if we don’t talk about being optimistic for any work we want to accomplish.

Leadership is all about bringing positivity to people around you and motivating them when things aren’t happening the way it’s supposed to happen.

Never lose hope. Be strong, be brave and be courageous.

The decisions you are making are the decisions that are setting the path for your set of people. Don’t make decisions in haste and regret it.

Think wisely before you do something.

If you enjoy what you’re doing, people would like to enjoy being around you.

If you look pale and dull and tired, why would somebody even think twice to be around you?

Be cheerful and happy always. You’re the biggest motivator to your fellow mates. People would not like to see you unhappy.

They would like to see you happy. When you’re happy, people around you will be happy and they will stick to you through thick and skin.

Be clear and confident

Francisco Dao says, “Self-confidence is the fundamental basis from which leadership grows.

Trying to teach leadership without first building confidence is like building a house on a foundation of sand.

It may have a nice coat of paint, but it is ultimately shaky at best.”

Once you have made set out goals and aims you or your company wishes to achieve, be firm about it.

If you’re not confident about them, you cannot make others confident about it. When you speak people should see the confidence in you and believe that things will happen and they will make it happen.

Be clear with your instructions. People wouldn’t listen to you if you’re not clear or if you look confused. Your way of instructing will determine your task being fulfilled.

You will not see any leaders who are not confident when you are either talking with them or listening to them, which is among the top leadership qualities in them.

This is what all leaders are good at. And this is not a skill to get overnight. This skill comes after a lot of hard work.

When she was 11, Malala Yousufzai used to write an anonymous diary about how life was under the rule of an extreme group called the Taliban in north-west Pakistan.

But the extreme group The Taliban wanted to ban girls’ education for no reason. Many people around the world read her diary and she became well-known for fighting for girls’ right to education.

But the Taliban didn’t like this and hence she was shot by their soldiers.

The world was appalled by what happened to her and she quickly won the support of millions of people around the world.

Find ways to solve problems and don’t shun away from responsibility.

John Quincy Adams puts it, “If your actions inspire others to dream more, learn more, do more, and become more, you are a leader.”

Set direction that your group or community is supposed to move and be a good decision-maker.

A leader should be clear about the path that his people should go through. He should see the right direction for his people to proceed in.

When you’re doing so, you should make sure that your people have contributed to the path that you have chosen.

If so they would love to follow that path, proceed and bring success to the group.

You should know where you are going if you want others to join you on the journey that you’re heading.

Each person in the organization needs to understand how their work contributes to the overall success.

Each person must feel valued and a part of something bigger than themselves. He/she who finds a ‘why’ to live for, can bear almost anyhow.

Know how to handle failure

Every soul in this world has tasted failure. Be it Jesus Christ or be it Nelson Mandela or be it Abraham Lincoln. What distinguished them from others and made them leaders was their ability to handle failure.

Consider this example of SpaceX When the first three launches Falcon 1 failed, SpaceX hardly had any money to speak and put things together.

That’s when Elon Musk made a good decision. He decided that he would be the chief engineer.

He started reading books on rocket propulsion and space launch systems. The fourth launch was a success and they received a good sum of money from NASA.

Had Elon Musk quit on the first or second try, he or his company could never be how it is today.

It’s all about having the ability to think wisely and make good decisions when there is a failure.

Be more disciplined than others

Leadership is not about having the right set of skills, it’s all about being disciplined in what you do. It’s about making good connections and making good relationships with others.  So, let’s see the secret to Ma’s success?

In an interview at the World Economic Forum, Ma shared his experience:

“And when you find so many smart people, my job is to make sure the smart people can work together.”

One of the top leadership qualities of any leader you will observe is they have the habits of the following self-discipline.

Don’t be in a hurry. Mastering these skills would take time. Be patient in your journey of being a leader and enjoy the process.

Also, read a summary of one of the finest books RICH DAD POOR DAD.