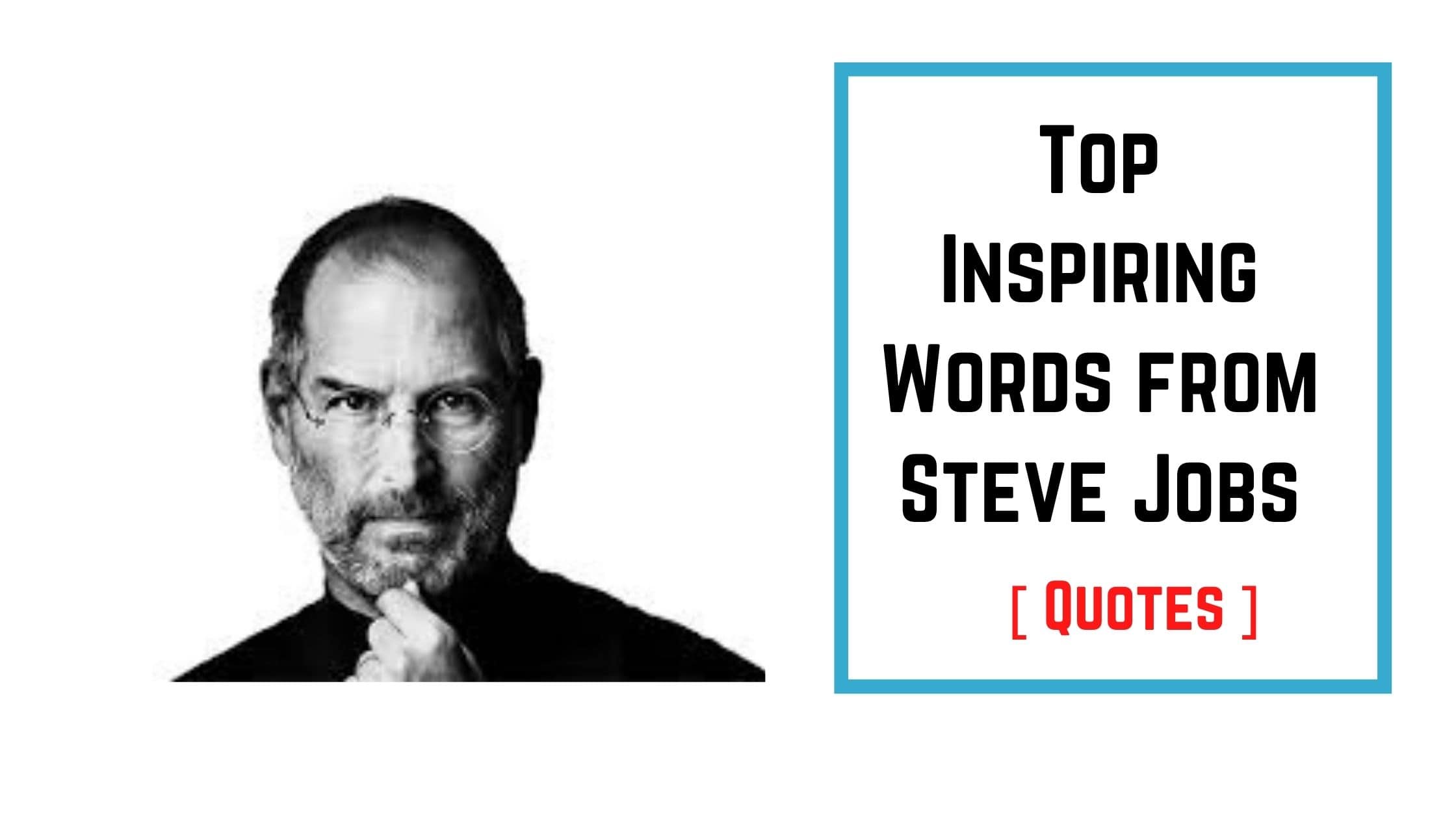 Steve Jobs is undoubtedly one of the most successful inventors of his time. His company Apple is now worth 2 trillion dollars and is one of the biggest companies in the world.

But what made Steve jobs achieve what other companies like Dell or IBM or Microsoft couldn’t.

It’s his mindset, perseverance, and determination to change things and eventually to change the world.

“Your time is limited, so don’t waste it living someone else’s life. Don’t be trapped by dogma — which is living with the results of other people’s thinking. Don’t let the noise of others’ opinions drown out your own inner voice. And most important, have the courage to follow your heart and intuition. They somehow already know what you truly want to become.”

Jobs didn’t actually know what he wanted to do in life when he was 17. He decided to drop out of college to focus on only the courses that he liked which were philosophy, physics, and literature.

“The only way to do great work is to love what you do. If you haven’t found it yet, keep looking. Don’t settle. As with all matters of the heart, you’ll know when you find it.”

He convinced Wozniak (co-founder of Apple) to leave Hewlett Packard to build a personal computer. They worked from home, Job’s father’s garage, and sold their Volkswagen car and programmable computer to raise capital. They sold the 50 computers Apple 1 for $666 each. Within three years, Apple experienced a growth of 700%.

Steve was successful because he recruited the right people. People who were passionate about computers and industrial design and not just money.

“When Apple came up with the Mac, IBM was spending at least 100 times more on R&D. It’s not about money. It’s about the people you have, how you’re led, and how much you get it.”

Though in 1984, Apple launched Macintosh and sold 40,000 units, internal power struggle caused Woz to quit and Jobs was fired from his own company.

Jobs went on to found NEXT, a company focused on educational computing.

He then created Pixar, a new computer animation company that has partnered with Disney to create films like Toy Story and Finding Nemo.

“Being the richest man in the cemetery doesn’t matter to me… Going to bed at night saying we’ve done something wonderful… that’s what matters to me.”

NEXT was bought by Apple for $204 million Apple and Steve Jobs was brought back as the interim CEO. Apple then launched IMac, IPod, and Itunes.

According to Steve “I” stands for Internet, Individual, Instruct, Inform and Inspire.

“Believe that things will work out somehow, follow your intuition and curiosity, and trust your heart even when it leads you off the well-worn path. You have to trust that the dots will somehow connect in your future. You have to trust in something – your gut, destiny, life, karma, whatever. This approach has never let me down, and it has made all the difference in my life.

Jobs learned the importance of decision-making when he was diagnosed with pancreatic cancer in 2004 and the doctor advised he could live no longer than 3-6 months.

“Remembering that I’ll be dead soon is the most important tool I’ve ever encountered to help me make the big choices in life. Because almost everything —all external expectations, all pride, all fear of embarrassment or failure— these things just fall away in the face of death, leaving only what is truly important. Remembering that you are going to die is the best way I know to avoid the trap of thinking you have something to lose. You are already naked. There is no reason not to follow your heart.”

Walt Disney bought Pixar for $7.4 billion in 2005 making Jobs the largest shareholder of the company with 7% shares.

“That’s been one of my mantras — focus and simplicity. Simple can be harder than complex; you have to work hard to get your thinking clean to make it simple.”

The first generation iPhone was launched in 2007. Since then Apple has annually released new iPhone models and IOS updates. Apple has sold 2.2 billion iPhones to date.

“The people who are crazy enough to think they can change the world are the ones who do.”